Scrolling wheel, invented for trackball by MicroSpeed in 1987, was later added to mouse by Genius/KYE in 1995 and finally popularized by Microsoft starting from 1996/1997 when it was added to MS mouse and trackball. 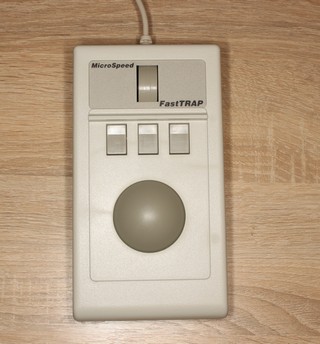 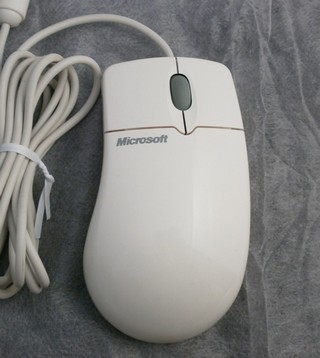 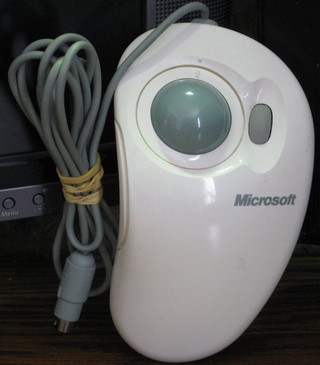 If compared to common XY-coordinate input & push buttons, it's relatively new control: majority of older devices were not equipped with wheel, ring or drum. As it became a part of standard UI controls and must-have functionality, many vendors started to add it to the improved models replacing former ones.

The results were not always great: attempts to find a place for scrollwheel on existing case produced many devices where scrolling operation was simply inconvenient, due to relocation of the palm or unnatural bending of fingers required. Most optimal HW thing, perhaps, is a scrollring (Sony, Kensington, Cursor Controls): the bezel surrounding the ball is instantly accessible and quite convenient.

Another approach is, to use the ball itself for scrolling, i.e. convert common positioning signals to the scroll commands. On some trackballs, dedicated button was used for that function (ITAC Mouse-Trak and Evolution, Fellowes OptiTrack). Rarely, third dimension of ball movement - twisting, was involved (Tektronix, Kensington) in generation of Z-axis movement signal.

To enable scrolling for devices without any hardware/firmware support, that mode could be achieved purely in software, via manufacturer's driver if particular button is pressed (Logitech Autoscroll etc). Also, various software utilities were created by independent developers, assigning property of scroll-mode switch to one of the buttons. In fact, such scrolling method is often more convenient than dedicated wheel: most of time, I prefer it even if using device with 'real' hardware wheel present. As the ball and primary buttons are always under fingers, this method does not require any additional efforts and is totally seamless.

My personal preference is excellent WheelBall utility by Kamigaki:
http://www.kamigaki.net/wheelball.htm

Very versatile and highly configurable software, working flawlessly under Windows 7 x64. Unfortunately, it's japanese-language only. The author has stopped developing or supporting it, so I've modified the binary executable - replaced Japanese text with English translations in settings (except for the tab labels) and right-click menu, and added version information to the executable. Japanese help file was used as a base for making English PDF with some useful links added.

Marble Mouse Scroll Wheel, or just Marble Scroll, is a small program designed to simulate a scroll wheel on any trackball or mouse without one. It was specifically designed for the Logitech Marble Mouse but can work with any standard mouse or trackball. It is designed for Windows 2000 and up.

I decided to write a small program, code name MarbleScroll, that would simulate wheel like scrolling. The main idea is scrolling with pressing the back button and turning the marble. If you don’t turn the marble, then it acts just like normal back button.

Allow scrolling with a trackball without scroll wheel by using a low level mouse hook.
Changes the behaviour of one or both X-Buttons (typically buttons 3, 4) to Scrolling