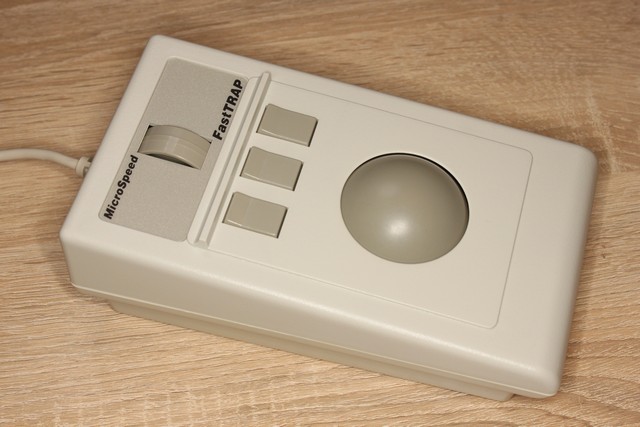 Introduced in 1987, it seems to be the first pointing device in history equipped with wheel - long before it was reinvented again for mice. MicroSpeed called it "trackwheel" back then. Proposed use was not limited to scrolling: it was able to control Z-axis in CAD software, drop-down menu navigation, etc. For long period it was the only triple-axis capable input peripheral readily available on the market, widely used in advanced UI development works and computing jobs with complex user control activity required.

Case design was covered by US patent Des.313,589. It looks like initially, before mass-production of FastTRAP started among other trackballs sharing this enclosure (simplified MacTRAC, PC-TRAC and AmTRAC models without the wheel), another variant existed - pictured in June 1987 IEEE Micro magazine. Publication in PC Magazine dated May 17, 1988 seems to confirm that: "MicroSpeed has launched the first bus-version trackball, called PC-Trac. It differs from MicroSpeed’s earlier trackball, FastTRAP, by using two rather than three axes in determining movement. It is also smaller and cheaper than the earlier product", while any available advertising pictures show FastTRAP and PC-TRAC in exactly the same case. Probably, that "beta" case version was used in early pre-production samples. 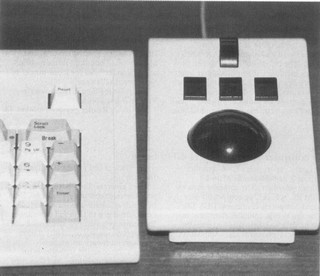 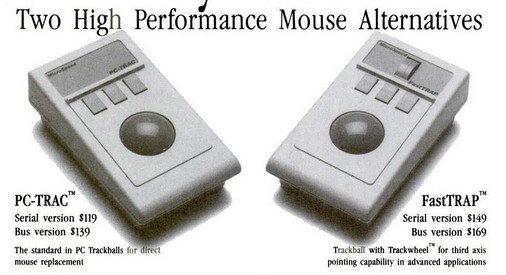 Model name FastTRAP was decoded as "fast tri-axis pointer" in the BYTE magazine of that time. There's also "MAP" acronym mentioned in several places: included in the FCC number as ...MAP1, noted on PCB as MAP-2 and on controller firmware version sticker as MAP3 ™, with old DOS device drivers named MAP.SYS and MAP.COM. Turned out its meaning was "Multi-Access Pointer": vendor's term for dynamic ballistic gain or seif-adjusting resolution algorithm, commonly known today as acceleration. I'd say, it works really well.

Device was created when mouse-driven GUI operating systems like Mac OS, AmigaOS, MS Windows etc. already existed for 2 - 3 years, but obviously was not designed for routine "click and drag" operation, having the buttons above the ball. To some degree, usability problem was reduced by click-lock feature assigned to the middle button: technically, it's possible to use it even with modern systems. Next generation of case with totally redesigned arrangement of buttons surrounding the ball, fixed that issue completely. 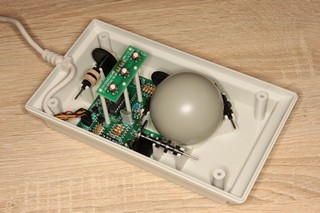 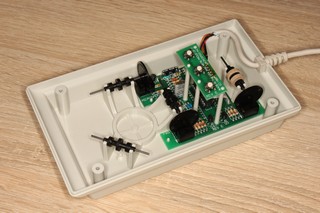 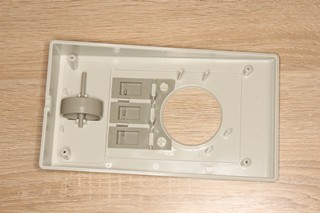 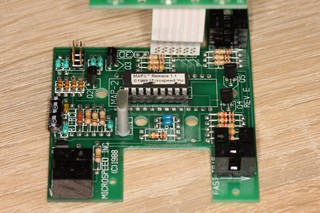 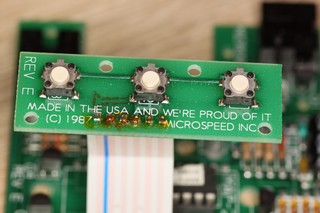 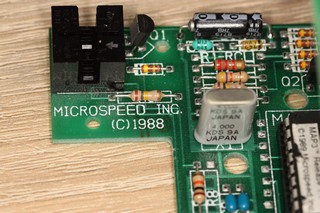 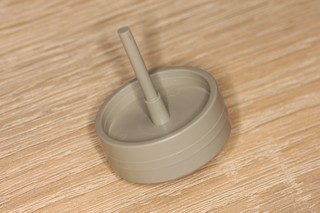 Power-on mode is MS serial mouse: scrollwheel signal is not transmitted, and middle button acts as a drag-lock. For switching to the native 4-byte protocol, proper initialization from driver is required. Some old papers mentioned use of DIP switch for that, but my sample does not have any, and there's no case hole to access it. Although PCB does have soldering place for 2-pin header labeled "3DM" (third dimension mode?) probably intended for that purpose. Besides COM port model, this trackball was also produced with bus interface that required dedicated I/O card.

Major design ideas of FastTRAP (location of wheel, its smooth movement, transfer of rotation to the actual sensor via rubber rings, non-clickable) were re-used in the second generation of MicroSpeed trackball casing, much more ergonomic and still in production now - starting from the opto-mechanical WinTRAC PD930 keeping proprietary protocol, then later in laser models, with currently standard USB HID mouse scroll messaging. Most recent incarnation is called X-keys L-Trac at the time of this writing.

Funny enough, the 30-years old principles of the ball support's initial mechanic design were never changed either, surviving all the factory ownership transitions. The same metal axles in primitive plastic bushings are still manufactured even today in slightly updated form, so models with quality ball bearings or ruby/ceramic gliding beads weren't present in that line of devices. Subsequently, movement resistance (tracking force needed) is remarkably bigger than in high-end devices from other vendors - but is quite acceptable.

Worth noting: this more than 3 decades old device is still working like new. As usually, it was used to prepare and publish this article. 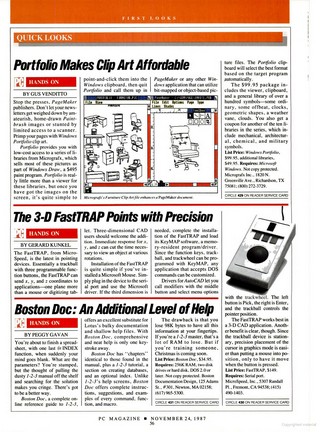 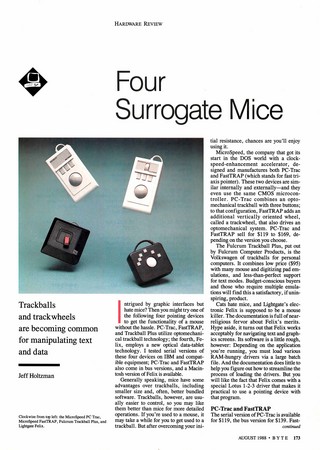 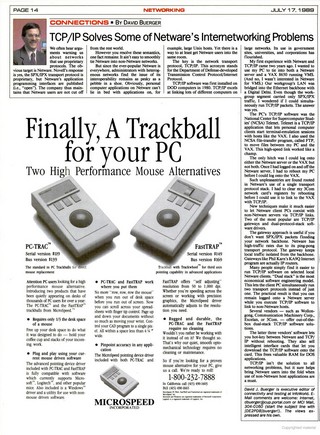 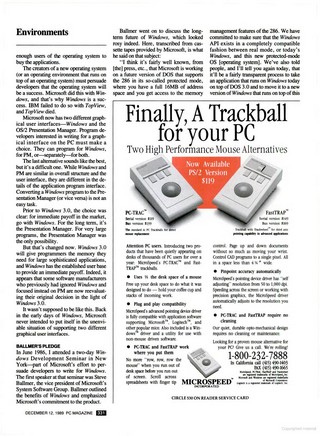 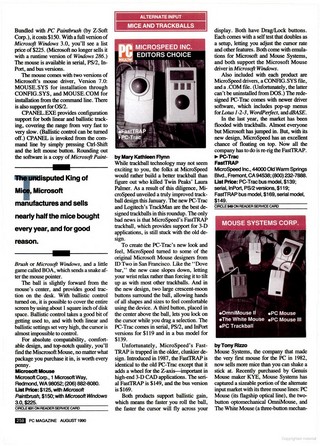 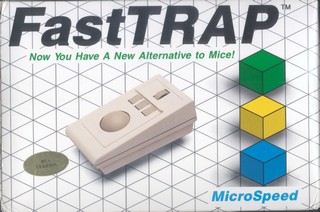 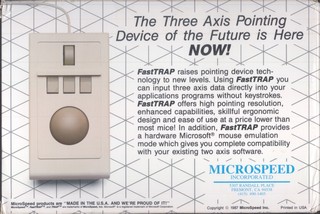 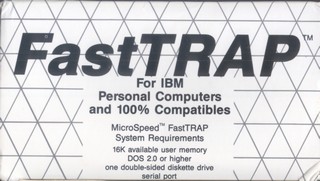