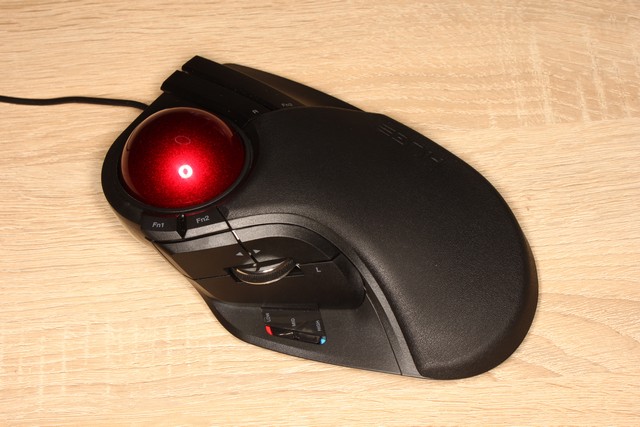 Good trackball from Japanese vendor, especially valuable these days when full-sized trackballs seems to disappear in other manufacturers offerings. Nice design with modern sensor and plenty of buttons make it really attractive. 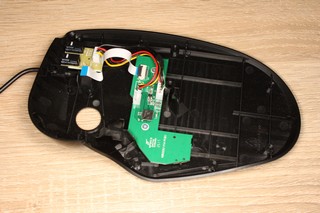 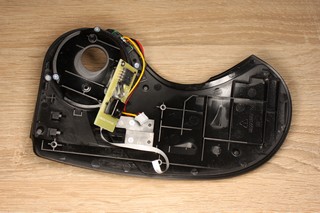 The ball is supported by 2.5mm synthetic ruby beads. My sample have super-smooth ball movement, but many users reported problems with stickiness, and replacement with ceramic balls is a popular mod/fix for Elecom products. Design of two-part ball cage makes that operation very simple. 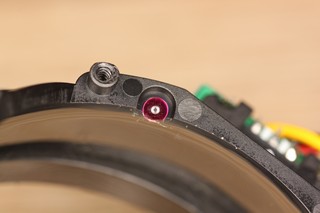 Optical sensor is gaming-grade PixArt PMW3320DB-TYDU with maximum capability of 3500 cpi, but hardware resolution switch allows to select between 500, 1000 and 1500 DPI only. Controller is Cypress CY7C64355-48LTXC. 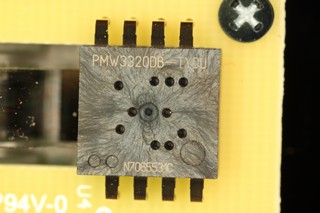 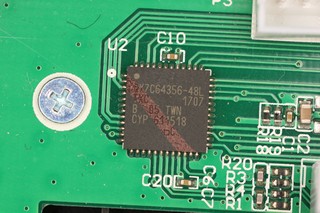 Three out of 8 switches are Omron D2FC-F-7N, others are 6.2mm square buttons, and wheel tilt ones are of micro side-looking type. Wheel encoder is mechanical. The wheel was generating some squeaking in my case, so I've added a little bit of grease to the rubbing points to eliminate that. 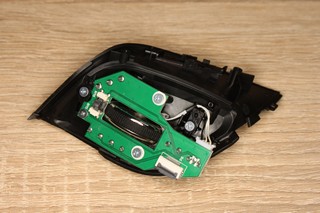 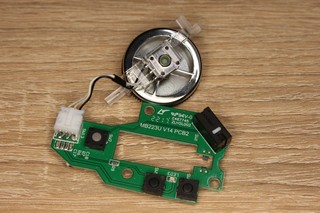 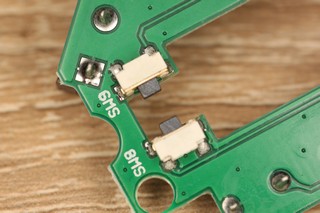 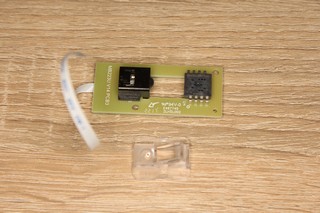 Model number is often noted as "M-HT1URBK", but it's clear the last two letters, printed separately and not included in the certification documents, are just the color code: de-facto standard for oriental devices, followed also by Sanwa and iOne (e.g. Sanwa MA-WTB40 is marked MA-WTB40BK for black variant and MA-WTB40R for red, while MA-TB44 in silver color is MA-TB44S). Currently, all the Elecom trackballs are black only - but maybe other colors will be eventually made available as well.

Elecom driver software have quite handy "flying scroll' feature - essentially, a sticky scrolling bound to the predefined combination of scrollwheel flicks - but for some strange reason it does not work with Huge regardless of any settings. As the same SW function works just fine with Deft and Deft Pro, it seems to be some hardware incompatibility glitch. Another software-related problem is a frequent loss of button assignment settings after system sleep or hibernation, with a need to perform driver restart and/or device reconnection - but it's common for other Elecom models as well.

In general it's pretty good device, sometimes considered by some users as a replacement for famous Microsoft Trackball Explorer. In my opinion, they're quite different in ergonomics - and biggest design flaw of Huge is the relative placement of controls. In natural palm position, thumb needs to be "squeezed" between scrollwheel and protruding lower part of case (where DPI switch is located), being constantly in touch with them. Fn2 and >> buttons are too close to the palm and require too much bending in order to reach them. For the right block of buttons, it feels like they're too far away from the ball, or ball should be positioned a bit further to the right side of device. Also, rubber pads on the bottom are distributed in such a manner that device is able to rocking slightly, as the part below the ball lacks any support. Easy to fix by attaching small piece of rubber sheet. Primary button suffer from some unpleasant wobbling, and the device itself produces annoying squeaking sounds when touched. But despite of minor issues, the Huge is definitely one of the best trackballs currently available. There's also wireless version of this device: M-HT1DR with 2.4GHz USB dongle. 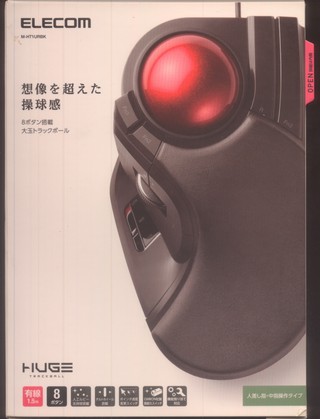 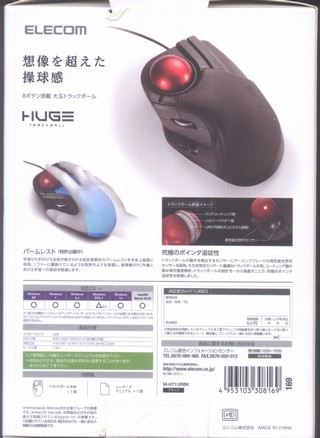 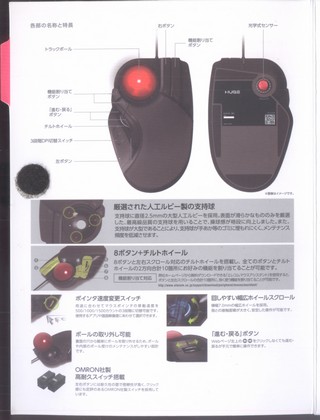