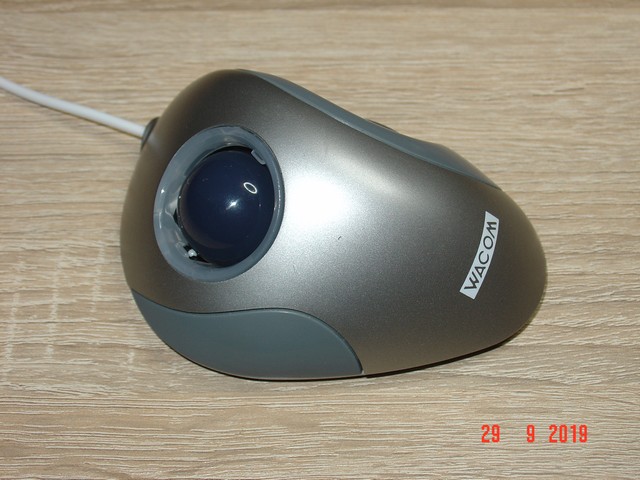 Probably, most bizarre creature in trackball world. Technically speaking, it's a trackball - but not intended to be used as a pointing device. It's for the left hand - but not for lefties! The device is designed as a supplemental thing for Wacom company's graphics tablets, to use (normally free) left hand for panning & zooming functions.

The idea of using non-dominant hand for secondary GUI control functions was developed by Xerox Corporation back in 1993 and covered by US patent 5,581,670 ("The present invention allows the non-dominant hand to participate more equally in the interaction by providing a positioning device, such as a trackball, to position the overlay, and having the user operate the positioning device with the non-dominant hand"), while in the absence of dedicated devices an ordinary ambidextrous MicroSpeed FastTRAP trackball was mentioned therein. Ball & wheel movements were used for positioning of special "tools" window over work area, with optional scroll and zoom operations. The same idea was used to control "Toolglass widgets" in The See-Through Interface conceptual work (interestingly, also with FastTRAP trackball).

Wacom has perfected that idea to the absolute maximum with its SmartScroll products. Two models were released: basic BH-0110 / SS-100 with just the ball & wheel, and extended BH-0118 / SS-200 with eight configurable buttons and clickable wheel, but without LED backlight. Actual model marking on the device labels is BH-0110 and BH-0118, but in the documentation they're referred to as SS-100 and SS-200, respectively. Communication with BH-0110 is bidirectional: it's possible to adjust backlight illumination settings (brightness, blinking frequency and timeout) separately for standby and for working mode. Completely unneeded for actual operation, but looks quite pretty.

The ball is supported by 2mm white ceramic beads. Controller is Genesys Logic GL607USB: can't find datasheet, but probably it's similar to the GL600USB one. Calculated resolution is 214 PPR / 70 CPI. 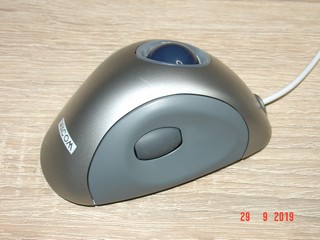 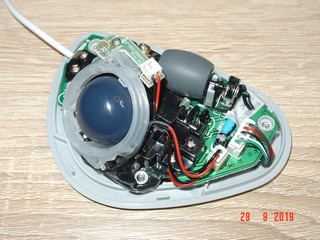 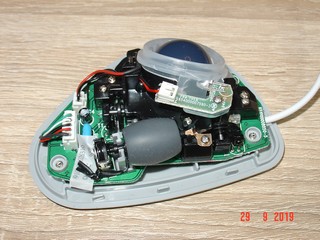 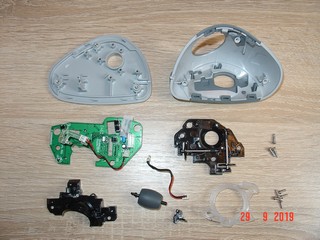 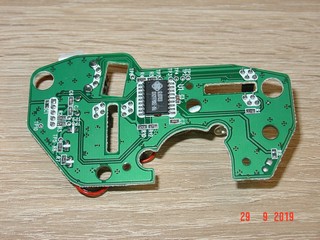 Whilst appropriate drivers are absent, the device behaves as a common USB HID mouse: the ball moves the pointer, and the wheel scrolls. But once proprietary software is loaded - it changes everything. The ball become a panning control, and the wheel is a zoom control. Seems a bit unusual - but after you've tried that, you'll most likely become a convert. Even if I'm not a graphical designer or CAD operator, the device is quite handy for me anyway: working with technical PDF files (schematics, etc.) is much more convenient now. You can use your primary pointing device (in my case a trackball, naturally) for common navigation - while SS-100 is used as a zoom & pan control.

Announced in 2002 and discontinued several years later, it gained some popularity among the users. There's still a community that has created several software plugins for SmartScroll, long after official support was dropped: special SDK was made available by Wacom for that. Various plugins (both manufacturer-supplied & community-developed) are required for the configuration of SmartScroll BH-0118 / SS-200 buttons, and are of no use for BH-0110 / SS-100 device, as the default.ssp plugin is enough for panning/zooming.

I don't know if there ever was an English version of SmartScroll software: seems like Japanese-only product (and AFAIK, it was never offered for the worldwide market). The last version of software was released for Windows XP, but it still works just fine at least under Windows 7 x64: the only trick is, to run it in WinXP SP3 compatibility mode as Administrator. On Windows 10 x64 it works too, but after wake-up from sleep stops functioning until device is reconnected (maybe it's just my particular system issue). I've modified Wacom's binaries, translating Japanese text to English and changing DLL and EXE fields accordingly, and stripped out plugin addition/deletion functionality that does not work under modern Windows versions anyway.

Haven't translated the smascrl.chm help file, as it would require too much hassle to replace all the screenshots with English versions and recompile - but I've extracted the content to HTML format: you can open any file, e.g. howtouse01m.htm, in Google Chrome and use 'translate' function to read the pages.

On my device, I've replaced old USB cable as its insulation has lost flexibility, and added bronze leaf spring to hold the axle of wheel: it was making unpleasant wobbling due to not being fixed properly. The shape of device is a bit similar to the mirrored Logitech Cordless TrackMan FX T-RA17; ball backlight resembles Microsoft Trackball Explorer, and blue ball is of the same color as Kensington TurboRing #64660 - so it looks like perfect match to any of them. 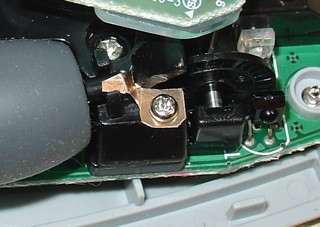 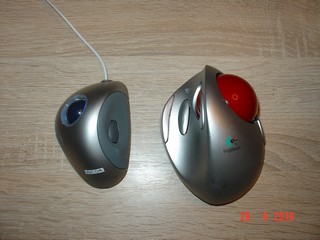 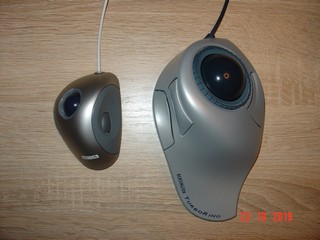 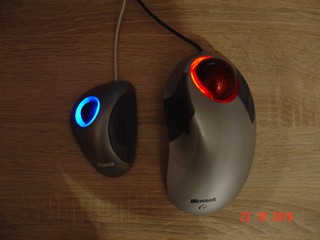