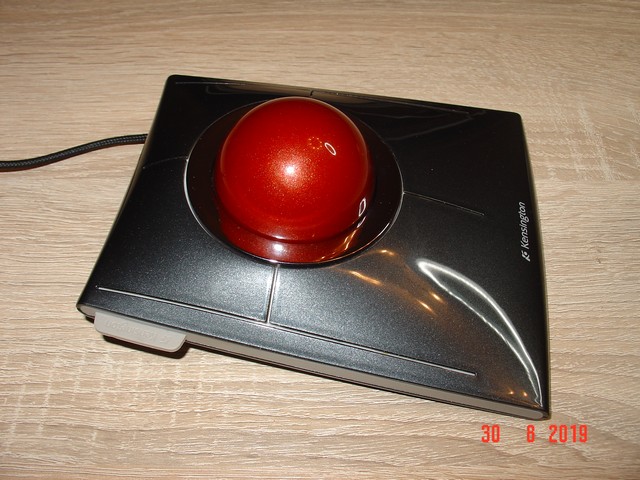 Most advanced Kensington trackball, released in 2009 and still top-of-the-line for last decade. The goal of creating the lowest possible profile was successfully achieved by quite elegant solution. In order to track correctly, optical sensor needs to be placed nearly under ball - and this requirement adds significant amount to the resulting device height. To overcome this, very clever idea was implemented: two independent sensors, detecting X and Y parts of ball movement separately. In this design, the sensors should be located near equator of the ball, so nothing is mounted under it. The SlimBlade's ball is placed as low as possible: just about 1mm from underlying desk's surface.

Another advantage of this design is also remarkable. The sensors used are standard laser mouse ones with two-dimensional output, but only single dimension per sensor is actually needed for pointer movement job here. Rest of data wasn't left unused: it provides third dimension of ball movement, Z axis - eliminating the need for dedicated physical control typically used for that purpose (scroll wheel, ring, or drum). Idea of twisting the ball for 3rd. axis does not belong to Kensington: it was invented by Tektronix for its CAChe 3D trackball long before, and covered by US patent 4,952,919. But that device was mechanical with ball bearings, and I suppose it was not as easy to operate as #72327 with ruby gliding beads is.

Principle of operation is covered by US patent 8,502,781. Obviously, this mechanism was Initially developed for existing Expert version 7 case, but advantages and new possibilities were greatly improved by creating completely new casing. There's some interesting information from designers who worked on this model: Steve Gelphman and Jon Corpuz. Among other things, different color schemes were evaluated: 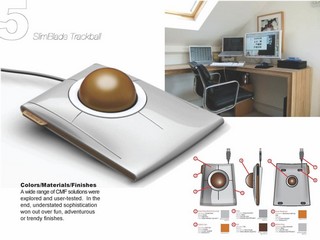 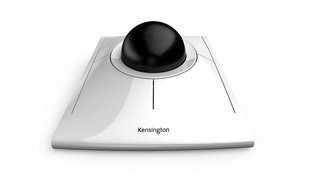 In their sketches there's evidence that it was originally referred to as a "Expert version 8" during development, continuing high-end Expert product line. That corresponds to the naming convention in early versions of driver (written by Dritek System) located in "\Expert8\" subfolder with filenames ending with xxxE8. Nowadays this device is widely known as SlimBlade, but it isn't actually model name of this trackball. It was whole Kensington product range including keyboards, mice and some other devices. Common property of this line is still visible on #72327: soft plastic side inserts with flap and slot, having small strong magnets inside (two on each side), were intended to attach this trackball to the compatible peripheral devices: 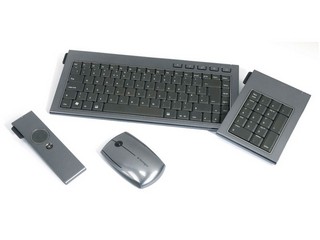 The ball is supported with 2mm synthetic ruby balls, fixed with screws. Both laser sensors are Avago ADNS-7550 with 400 to 2000 CPI resolution, but Kensington apparently haven't used them at some higher values. Each sensor have its own 24C02 serial EEPROM chip, so it would be an interesting challenge to find CPI setting byte in binary dump and adjust it, to make device more suitable for modern high-resolution systems. Controller is Cypress CY7C63743, square switches don't have any marking but reportedly are E-Switch TL1140AF070Q. Buttons are formed as flexible areas of single-piece upper cover. 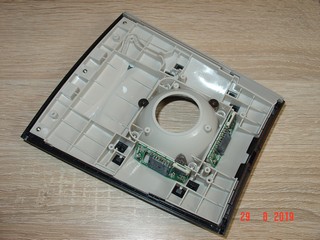 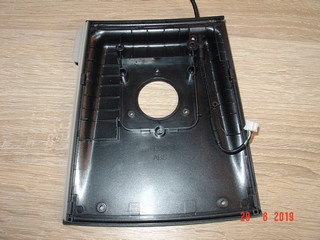 The desire to create totally innovative product has caused some drawbacks, too. Despite it's a 4-button USB trackball, Kensington decided not to follow HID specification: only two lower buttons produce standard Left Click and Right Click signals, while upper pair of buttons are non-standard: in USB data packets (captured with Wireshark software) their codes are even transmitted at place different from primary ones. Subsequently, modern OS capable to handle standard 5-button USB mouse won't see them. Initial version of driver used these buttons to switch so-called "modes", where function of trackball cycled between Navigation mode, View mode and Media mode.

Both issues were widely criticized by customers, so Kensington promptly released updated version of TrackballWorks software, with "modes" removed and possibility to translate upper buttons to common signals added. Among other things, this means you'll have to install TW in order to access full functionality of this device. Recently it was reported on Reddit, that Kensington finally updated the firmware and changed upper buttons to the normal HID ones in latest model, identified by black USB plug:
https://old.reddit.com/r/Trackballs/com ... er_button/ 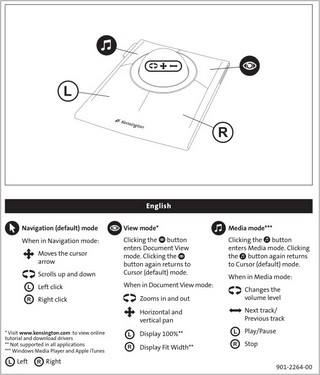 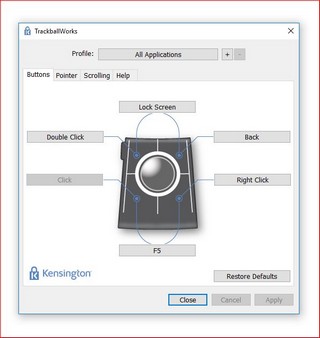 Very first version of this device hadn't supported button chording: TrackballWorks will detect that and disable chording settings, as on this Japanese screenshot. Fortunately, that 1.00 version could be re-flashed to more recent 1.16 firmware, provided by Kensington support.

Another unusual "feature" is an embedded speaker, to produce audible clicking sound when scrolling signal is generated. Haven't seen any complaints about it, but for me this sound was quite annoying in silent office or home - and unfortunately Kensington software does not allow to disable it. I've tried to at least reduce its volume by covering buzzer hole with electric tape, but this wasn't enough. So, radical solution was to just remove it altogether. While device was opened, I've decided to make it as silent as possible, and replaced all the switches with Kailh CMI627301D07 ones. Factory-installed switches produced too sharp clicks, amplified by large thin plastic buttons (the original clicking & scrolling sounds emitted by unmodified trackball are demonstrated e.g. on this YouTube video). Now it's almost completely noiseless, and very pleasant to use. 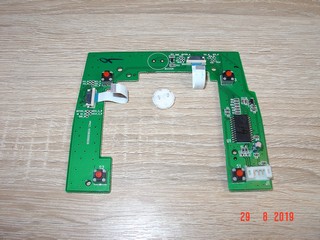