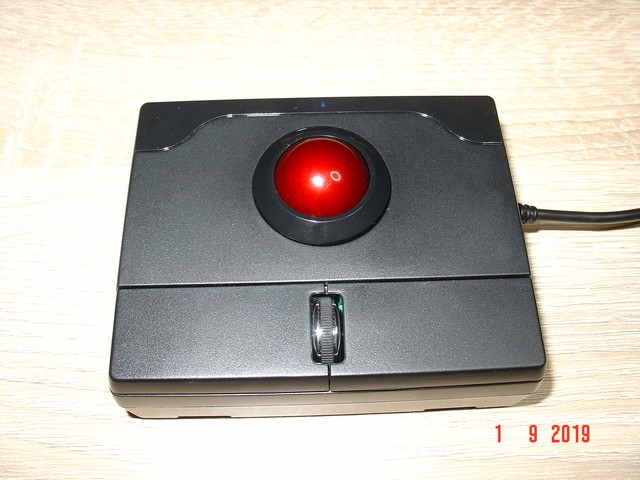 Unusual trackball with contradicting properties. Relatively big case with same size add-on wrist rest and wired connection make it purely desktop device, but the ball is micro-sized: less than 1", which is typical for portable, embedded and handheld trackballs. Seems like trackball module was originally developed for company's combo keyboards (examples 1, 2, 3). Being new product (introduced in 2018), it does have limited range of pointer movement due to ball size / sensor CPI ratio - so, using it with modern high-resolution screens is quite inconvenient, even if mouse speed is set to maximum in OS settings. Wrist rest in the default position (when attached) is too close to the device. 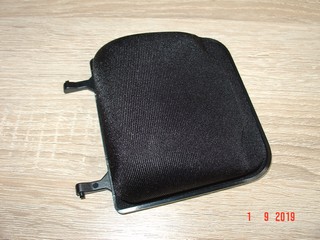 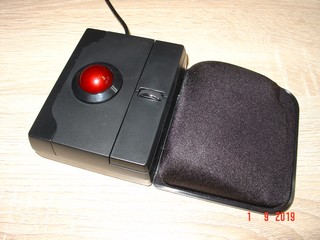 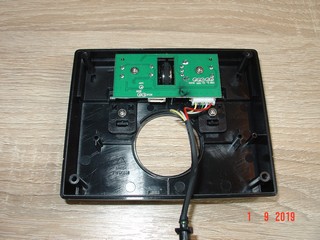 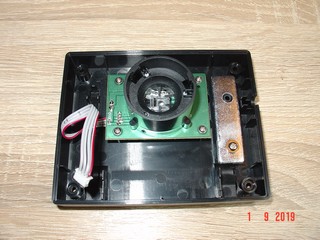 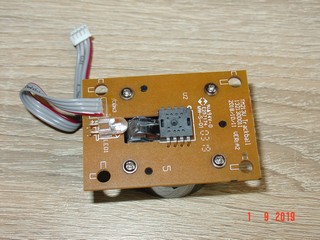 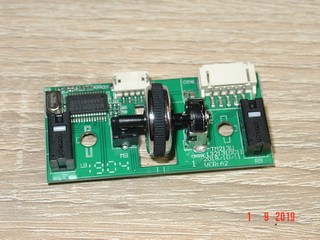 Ceramic bearings of approximately 2mm size in shipped device are protected with soft felt ring placed between them and ball to prevent damage during transportation. Interestingly, user manual doesn't say anything about it. First impression was quite negative: ball movement with uneven resistance, sticking and high friction. As the ballers know, dust and gunk always find its way into trackball - and this time it helped to identify the problem. Turned out, the ball is rubbing against the edges of hole in ball cage: 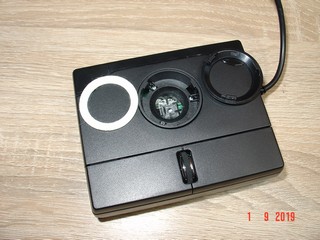 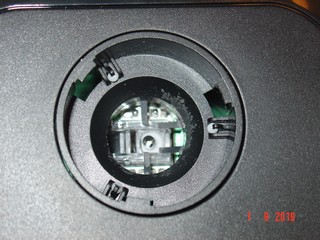 Replacement of bearings with bigger ones, to provide necessary clearance, was not an option for two reasons: 1.- design of fixture elements does not allow that, and 2.- raised ball will then rub upper retaining bezel instead. So, the solution would be a removal of plastic around the hole to free up the ball. It was a difficult task, as this part is of very complex shape, having some protruding elements on the underside for holding sensor optics in place: 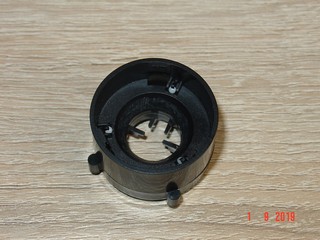 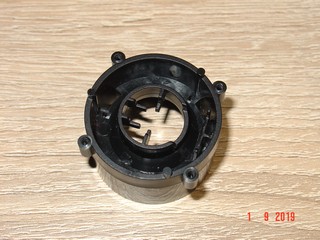 Obviously, this is either design or manufacturing issue: for brand-new device, such a problem is simply unbelievable. I've had to use broad range of cutting tools to finally get rid of rubbing area. After fixing, ball movement became butter-smooth and easy.

Supplied textile-coated gel pad is nice, but using it as a palm rest instead of wrist rest, as suggested in Perixx's advertising pictures, does not feel acceptable to me, as it limits free movement of thumb. To be comfortable for me, the pad should be detached from the unit and placed at some distance from it. I've found that it's better to turn it 180 degrees as well. I often use similar gel pad with Kensington SlimBlade; here are both of them in my typical arrangement. It's also interesting to compare this device with Sanwa MA-TB38: having similar size and shape (identical width, but square), it accommodates full-sized 55mm ball and four buttons: 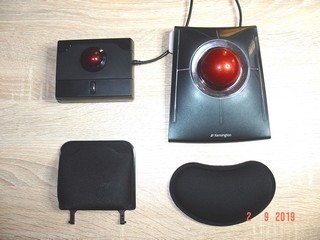 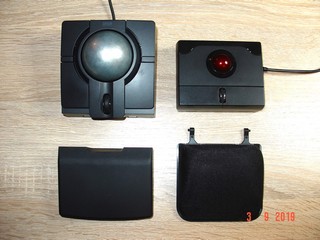 Operating of this trackball require somewhat different technique, due to miniature ball. I keep the palm flat, and use 3 fingers to roll it by middle phalanges, not fingertips, for side to side movement. For movements within small portion of screen, it's possible to use just index or middle finger. Buttons are perfect, with no pre-travel or free play, and have nice feel & click - but a bit loud. Wheel is also not bad.

In modified (in fact, repaired) state, PERIPRO-506 is more or less usable for low-resolution systems - but in general, I can't recommend it for ordinary users. 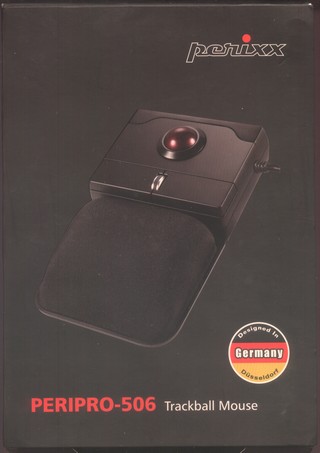 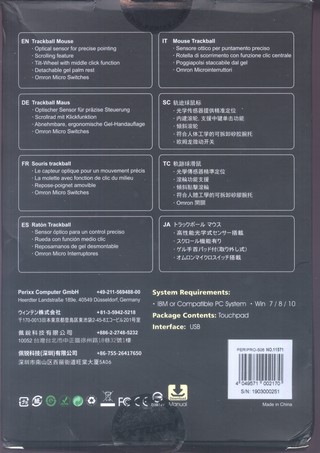