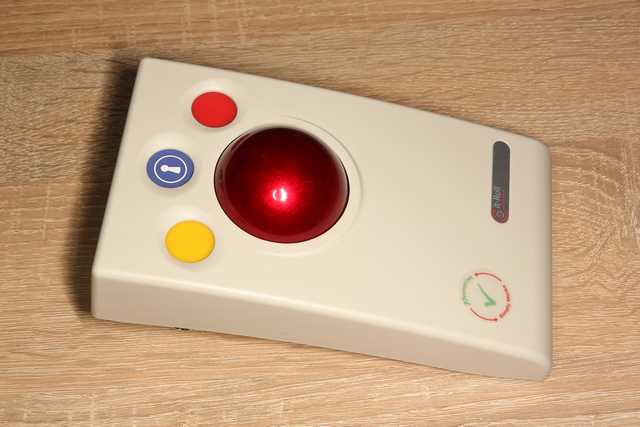 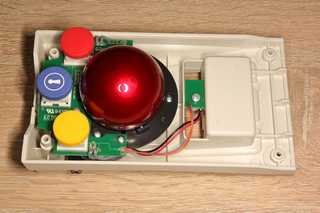 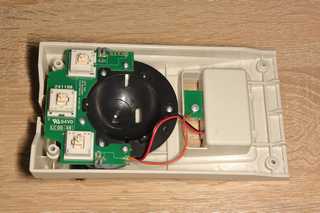 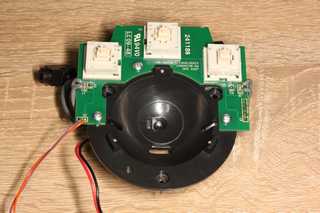 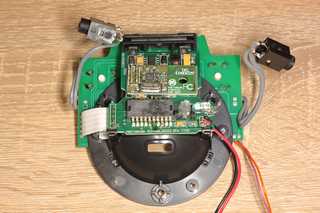 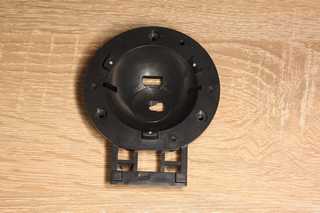 Internal design is more or less typical, but with some unusual details. Device uses 9-volt PP3 block battery, and have Maxim MAX640-based voltage converter to reduce it to the common 3.3v level. Power switch is absent, so it's impossible to switch it off: trackball is permanently in working state as long as the battery is installed. 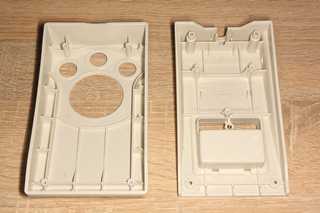 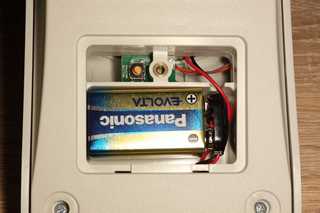 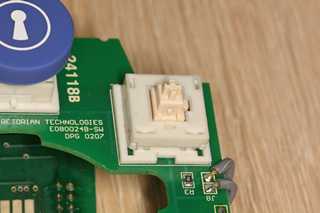 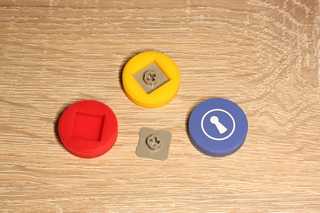 Sensor is Agilent ADNS-3040 ( 400/800 cpi resolution), radio link is based on Nordic nRF24L01 transmitter. The controller is inaccessible to identify, as it's blocked with radio daugtherboard permanently soldered over it, but I'd suppose it's some Cypress CY7C63xxx or similar. 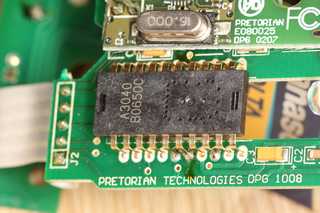 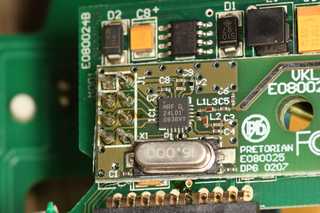 There's no any internal connectors: all the electronic parts are connected by soldered wires: 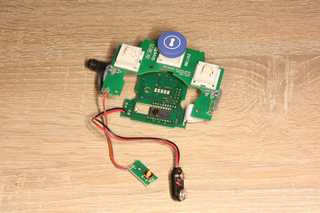 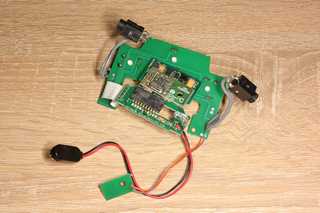 USB receiver is an independent piece of hardware, not limited to this particular device:
Spoiler
Show
Trackball works in conjunction with Pretorian universal 2.4GHz SimplyWorks Receive E080025 bidirectional transceiver (FCC ID: VKL-E080025), that supports up to 6 devices connected simultaneously. The SimplyWorks product range includes various peripherals like joystick, keyboard, remote switches, audio devices etc. Device have pairing/activity LED, click-lock and caps-lock LEDs, but PCB does have a soldering points fot 3 more LEDs. One of them is obviously a num-lock indicator, installed in it-Receive-branded variant, and two others are unknown to me. 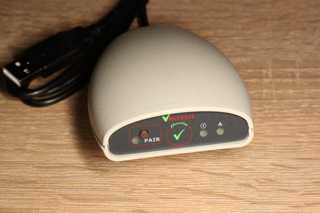 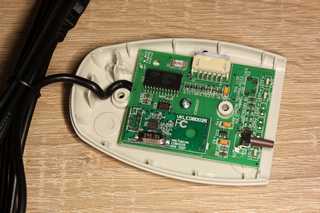 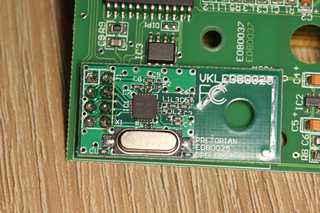 Receive user manual:
https://trackballs.eu/media/Pretorian/R ... ECEIVE.pdf
General quality of this trackball is good, except for the ball: it seems to be not hard enough. I've bought this trackball in used condition, so minor dents on the surface of the ball looked like a traces of impacts or dropping it survived - but turned out they're developing if the ball is just pressed against the holder with some force barely exceeding normal use. Keyboard switches used are of questionable quality: they work fine, but overall feel is bizarre. There's no click as such, while tactile perception resembles rubber-dome keys - but actual closure of contacts occurs before that tactile feeling.

One quite funny thing about this trackball was, during disassembling I've found that sensor still have protective Kapton tape intact! The worker has forgot to remove it after soldering, but trackball was operational anyway. The tape was transparent enough for the sensor to see the picture through it. I've never seen such manufacturing flaws even on cheapest Chinese stuffs, so it's especially strange for expensive UK product. Interestingly, the device does not have common "Made in ..." marking at all - but I'd suppose it's made in Great Britain. 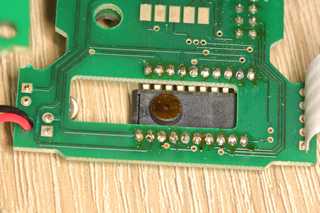 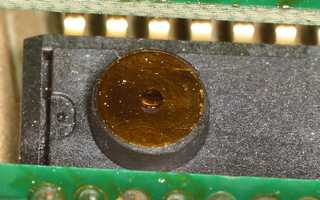 Overall impression is good. Despite simple flat shape of case, device is very convent to operate, except for the button location/design. Ball movement is perfect, except for the dented spots. Seems like excellent candidate for modding, either by installing normal thumb/pinkie buttons or using the internals for retrofitting some other casing, and a better ball from Kensington or Perixx.

As usually, this trackball was used to prepare & publish this article.
Top
1 post • Page 1 of 1