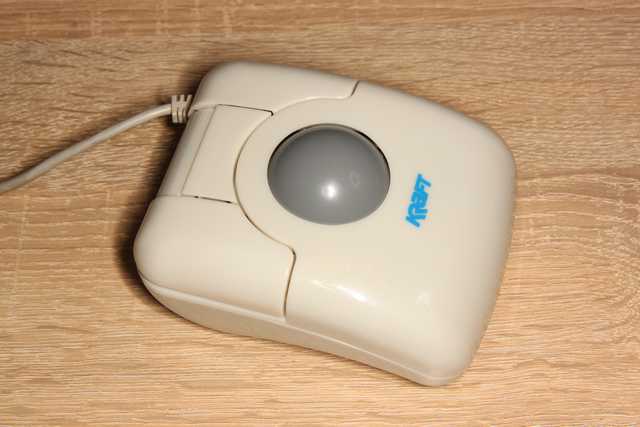 The last (out of two) trackball from that company. Strangely enough, the button arrangements went back to the 'above the ball' position, while everyone else has already switched to the opposite - and the first Kraft Systems trackball, the TripleTrack, had the buttons below the ball. Buttons have exceptionally long pre-travel, with additional springs installed. Logically it's a 2-button device, while middle button generate the same signal as a simultaneous LMB+RMB press. Fourth button is a LMB click-lock (mechanical), and finally there's a RJ-11 connector for the foot pedal that duplicates the left button: the same as in TripleTrack.

Classic 5-bearings scheme is used, but the shafts are unusual: made of brass, with steel inserts at the ball contact places. Ball bearings are high-quality R-2ZZ made by NMB: despite the age, they're spinning like a new. As with most ball bearings based trackballs, the movement feel is quite smooth. Controller is 4-bit Toshiba TMP42C60P, OEM-branded for Kraft. Also, some 2N3904 and 2N3906 transistors are used. Calculated resolution is 194 PPR / 35 CPI. 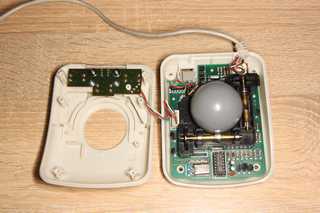 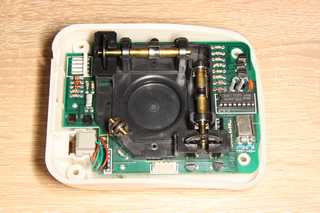 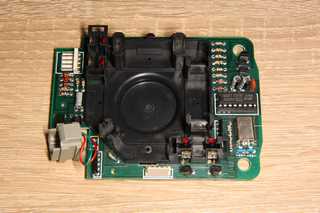 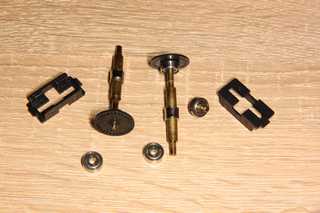 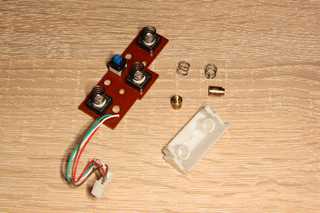 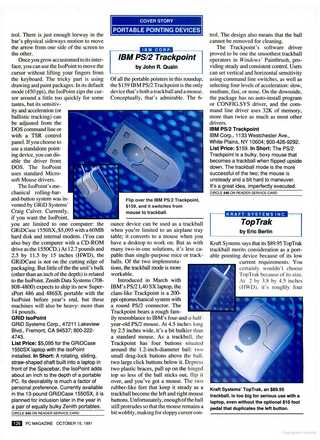 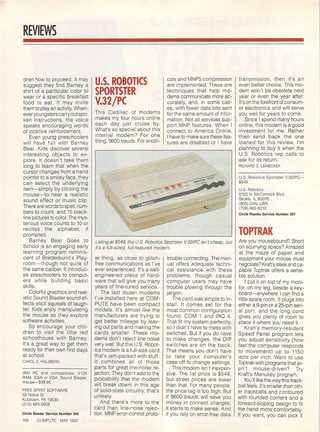