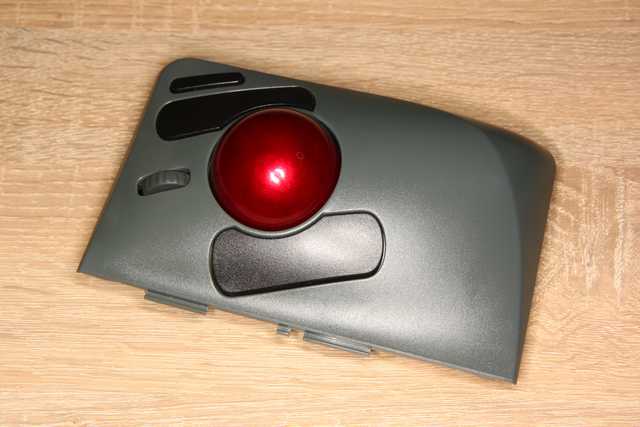 A part of Transas Navi-Sailor 4000 marine navigation system, designed to use in conjunction with a special keyboard. Actual manufacturer is Perific AB company (Sweden). Interesting design with two separate sensors for X and Y components of motion detection, totally unneeded in this particular case: no liquid drainage outlet under the ball is provided, as in Cursor Controls' EP 2 256 5 93 B1 patent, and no twist motion detection function implemented as in Kensington US 8,502,781 patent. Low desktop profile is also irrelevant here, as device is intended to be installed into special console enclosure with deep opening, and its casing with mounting bracket is protruding deeply. The sensors are of ultra-thin small form factor (SFF) with embedded LEDs, despite plenty of space available in device. Looks like whole tracking engine was initially created for some other purpose, and later adapted/reused for ES6. 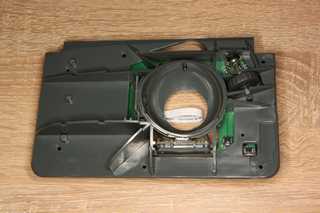 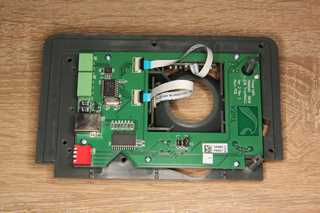 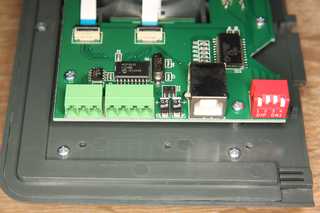 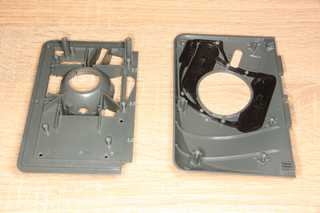 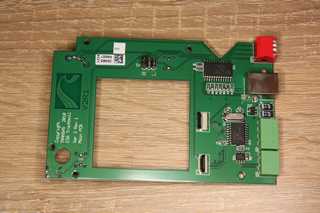 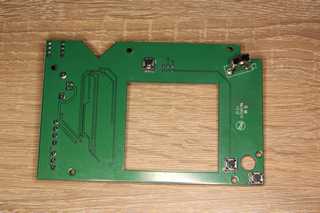 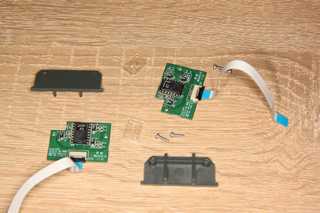 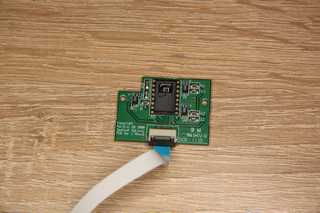 The ball is supported by 3.0mm grey ceramic beads; movement feel is perfect. Three buttons are provided, but logically it's a 2-button device. There's jumper on PCB to select the function of right button: it could be set to be either LMB or RMB, while small additional button near the corner is permanently RMB. Switches are ordinary tact buttons, and click feel is not good - but PCB have also holes for common Panasonic-style microswitches, so it's easy to install them instead. Wheel encoder is mechanical. Sensors are Avago ADNS-3530, mounted on separate PCBs together with ADNS-3150-001 lenses (known as a ADNB-3532 bundle), marked as "Seahawk Optical", the CAN-bus controller is Microchip MCP2515 with MCP2551 transceiver, and USB controller is Cypress CY7C63823-SXC. Primary interface is a CAN-bus, but the unit could be switched to the USB by configuration DIP switches. In USB identification information the product is reported as "ES5 Trackball": probably the firmware was developed for unreleased version, as there's no such device known between ES4 and ES6 models actually produced.

Traditionally this trackball, slightly modified by removal of mounting bolt & affixing silicone feet, was used to prepare this page. Device is very nice as a general-purpose trackball (there's even a dedicated frame for using it as such), especially with good microswitches installed. Conversion to the stand-alone USB desktop trackball will be covered in separate article.
Top
1 post • Page 1 of 1