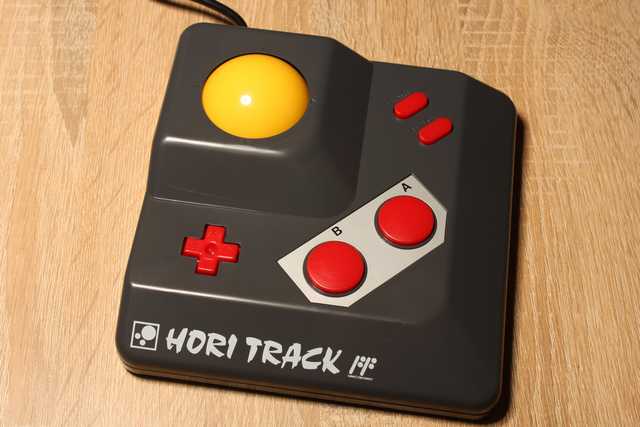 Designed by Hori Electric Co. for Nintendo Family Computer (aka "Famicom") video game console. In addition to the common buttons, it does have cross-shaped D-pad control. Device is obviously intended for two-hands operation. 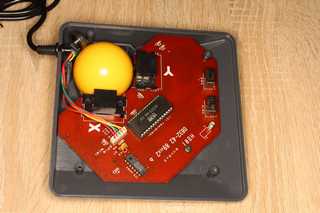 Sensors are of unusual design. Shutter discs are in fact a 16mm rollers supporting the ball, with micro 3x8x4mm ball bearings inside. Each roller have just 8 holes, so calculated resolution is incredibly low: 25 PPR / 4 CPI. Probably it was enough for planned purpose back then. Support bearing is marked 625Z Nachi Japan, and have the same outer size as X and Y rollers: 5x16x5mm. Main bearings are unmarked, but dimensions correspond to 693-ZZ type. They're of serviceable kind (removable shields), seemingly stainless, and of very good quality: still rotating like new. Discrete photosensors and LEDs are assembled in plastic enclosures, used also as a bearing retainers. 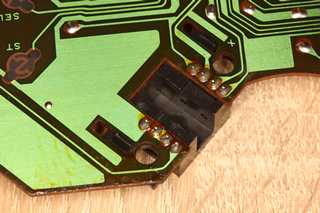 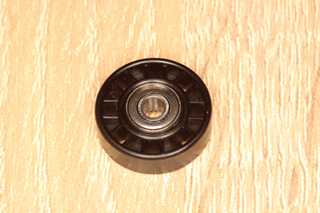 Signals are rectified with Rohm BU4093B Schmitt triggers. Main 28-pin controller in cradle is marked Hori TRK-81-R01 BU3219, and probably is also made by Rohm Semiconductor. 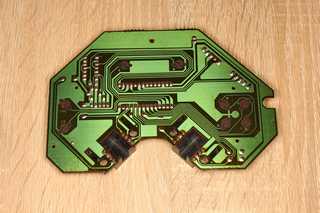 PCB is supposed to be fixed in the case by single self-taping screw, but for some reasons it was never installed at the factory: the hole in the mounting post is intact. I've added that screw myself. Buttons and D-pad are made of conductive rubber pads, contacting PCB traces (like in TV-remotes), so there's no any clicks. Speed and orientation selection switches are located on the bottom of device. 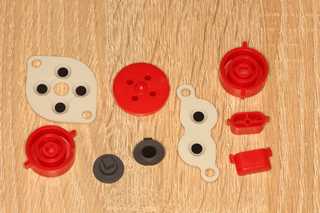 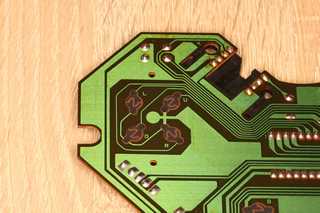 Connector is compatible with standard DB-15 but is longer, and does not have retaining screws. Just 5 wires are actually used, marked on the PCB side as VCC, GND, CLK, P/S and DA. 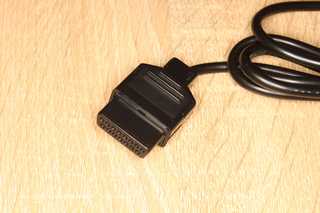 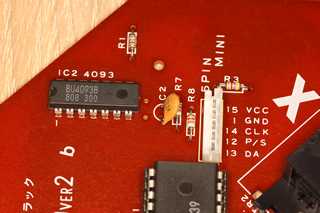 This trackball originally is not a pointing device, but seems it's could be converted easily. In the right-hand operation mode, the "B" button is located directly under the thumb, so if used as a left mouse button, hand position is the same as with most trackballs. Quality of ball mechanics is very high: smooth movement, and the ability to spin. 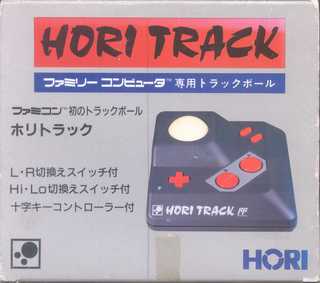 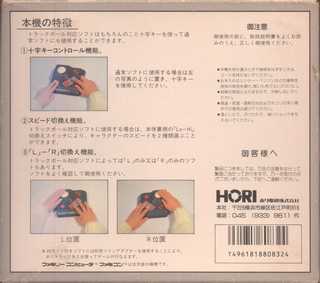 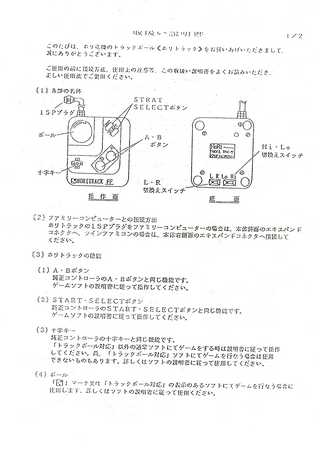 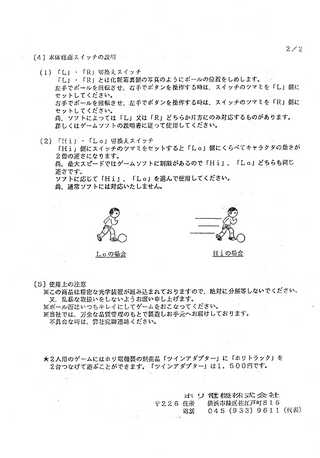