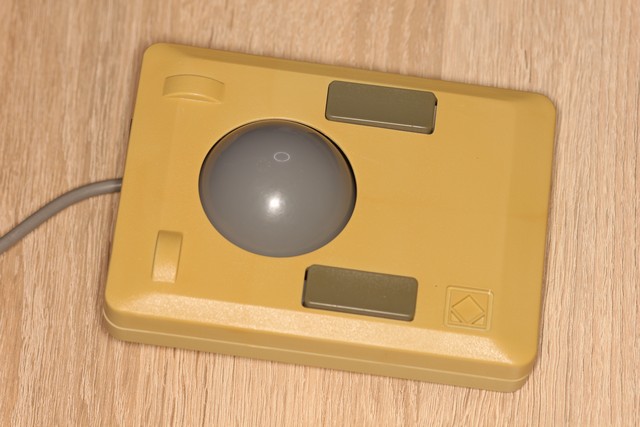 Slightly updated version of very first trackball marketed by Kensington - TurboMouse #62350 (rebadged Assimilation Process AP07045 Mac Turbo Touch released in 1985). Physically identical, but with updated PCB modified due to Apple's transition from quadrature to ADB interface. Existing board was reused as much as possible: even 8-pin cable connector was still present, while just 4 pins required for ADB actually wired. Mounting places for components required for quadrature output and input are left unpopulated, of course. 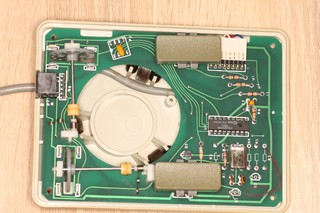 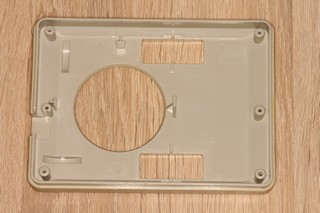 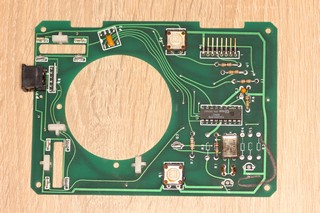 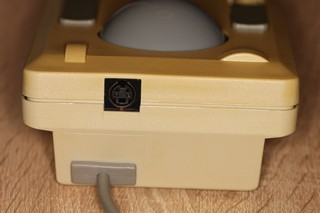 Mechanics of original Assimilation trackball was left 100%-intact. Unfortunately, ball bearings used, Japanese 7R4A made by KYK, are not stainless. Subsequently, they developed severe damage of surface due to corrosion: 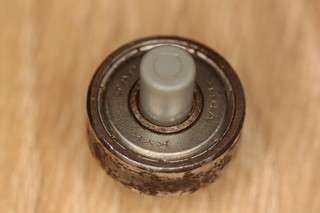 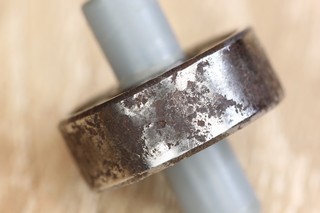 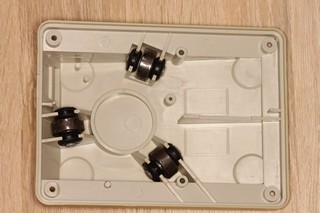 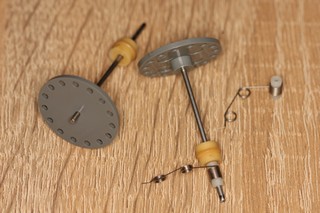 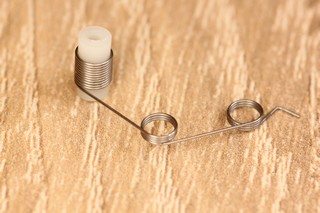 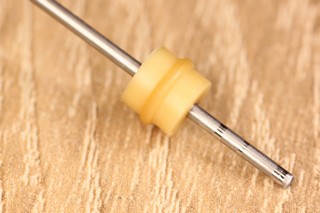 Microcontroller used is Microchip PIC1654-558. Firmware contains ballistic logic with quite steep acceleration curve - but with some practice, it's totally usable. Square 1/2" switches (rated for 3 million clicks) now suffer from contact bouncing caused by wear and produce unintended double clicks, but still working. Logically, the #62350 and #62352 are single-button devices: both buttons generate Left Mouse Button signal: the right one just duplicates the left button for southpaws.

According to the mid-'80s magazines, actual manufacturer of this device for both Assimilation and Kensington was a Cambridge Automation: it was noted in MacWorld December and October 1986 issues, and in Washington Apple Pi Journal December 1986 and March 1987:

"The high-speed Trackball and Numeric Keypad Input devices formerly offered bv Assimilation continue to be available from the manufacturer, Cambridge Automation. The Numeric Thrbo upgrades your 512K/128K keyboard to that of a Mac Plus with the advantage of a Mac Turbo Touch trackball."

"On another topic, Ward Meyer wrote to say that the Assimilation Process trackball is still being sold and serviced by its original manufacturer. Cambridge Automation, 20230 State Rd., Ceritos, CA 90701 (213) 402-5389."

"On another topic, Rich Fay wrote to say that Assimilation Products trackballs are manufactured by Cambridge Automation, 20230 State Road, Cerritos, CA 90701. They can provide parts and maintenance. The ads in the major Mac magazines from Kensington show that they've picked up the product, too."

Assimilation and Kensington advertising papers from 1985-1988: 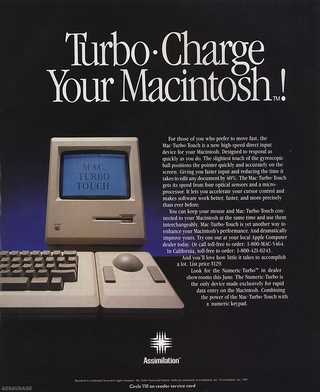 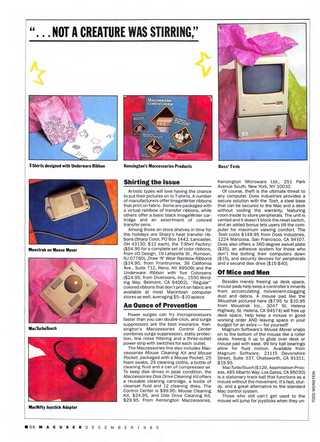 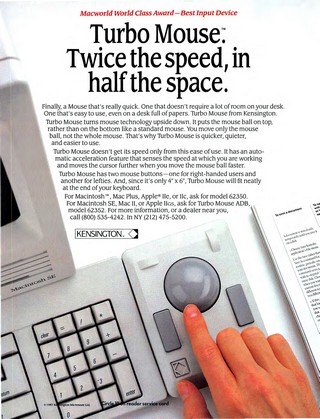 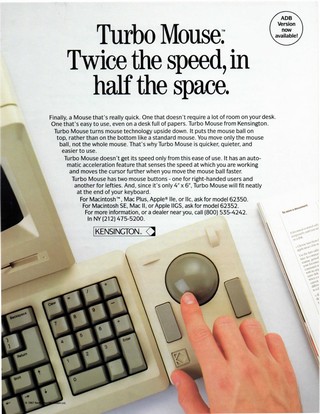 I'm planning to convert it to USB interface, and replace worn ball bearings & switches. Despite old-school look, it's very convenient to use, even on modern systems. Low hardware resolution is compensated by internal acceleration, providing adequate pointer control. Traditionally, this trackball was used to prepare this article.
Top
1 post • Page 1 of 1